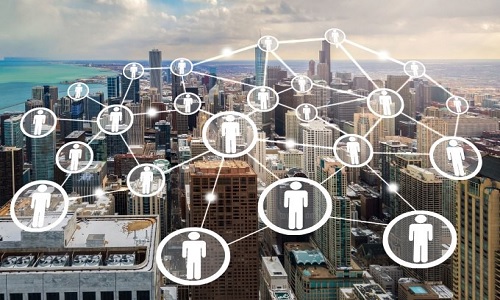 At Fast Invest, we’re about to integrate cryptocurrencies into our platform. Think we’re over-optimistic? Quite the contrary. Here’s how we see the blockchain transforming not only the fintech industry but the whole world economy and people’s daily lives.

What Is P2P Lending?

P2P lending cuts out the middleman – traditional banks – and connects lenders with individual borrowers or small business. Since 2005, when the first P2P lending platform launched in the UK, direct lending has grown dramatically, taking the total amount in loans from £1.5m to £3.5bn in 2016. And that’s only in the UK.

It is an attractive investment option for highly-effective savers and smaller investors. Although the lender’s capital is at risk, the returns can go as high as 13%. It’s worth mentioning that the longer the loan period is, the better are the returns. Even the short-term consumer loans can average 6% yield a year.

Typically, P2P loans are crowdsourced, which reduces risks for investors. Instead of putting all the money into one pot and exposing investors to a risk of loss, P2P providers spread the investment across a number of different loans, significantly reducing the risks. If one loan defaults (that’s when a borrower cannot pay back), the other investments will continue to make money. At Fast Invest, we have lowered the entry barrier to €1 in the effort to allow anyone who wants to try their hand at P2P lending to start investing immediately. Whether you just want to play with your spare coffee money or make a more significant investment, the choice is yours.

What Is P2P Crypto Lending?

P2P crypto lending, also known as alternative lending, works in the same way as traditional peer-to-peer lending by eliminating banks and connecting investors and borrowers directly – except the loans are issued in cryptocurrencies. Bitcoin and ether are the two most popular digital currencies used to fund p2p loans. The crypto industry has been growing tremendously over the past few years and is now verging on the mainstream. If the trend continues to climb, alternative lending can quickly grow roots across the world, reaching those corners of the world where banks could never venture.

The blockchain is a shared distributed ledger that facilitates the process of recording data, such as transactions, agreements, or contracts and tracking assets for business purposes. An asset can be something tangible – a house, a car, land or cash – or something intangible like intellectual property, such as copyright, patents, or branding. The easiest way to comprehend how blockchain technology works is to think of it as a giant Google spreadsheet, which is updated in real-time and available to anyone who has been given access (obviously, this is only a metaphor).

Blockchain can independently record any data that needs to be verified as having happened and tanks to its distributed nature, anyone on the network can have access to the same, up-to-date data, which makes the whole process inherently transparent and incorruptible. Once updated, the ledger cannot be altered or tampered with, but can be added to, ensuring everyone in the network has the same information at the same time. Virtually anything valuable can be tracked and traded on a blockchain network, critically reducing risks and costs for all involved.

The Benefits Of Blockchain Technology

The blockchain technology has numerous advantages, and the best way to highlight them is to look at the shortcomings of the current transaction systems.

Looking from a historical perspective, our payment system has come a very long way – from such instruments of trust as paper money and credit card systems to contactless and mobile payments. And still, many business transactions today remain inefficient, costly, and vulnerable, suffering from many limitations.

#1. Cash is a largely ineffective form of payment as it limits us to local transactions and relatively small amounts.

#2. The time between transaction and settlement can be long.

#3. The risk of duplication is high. And inefficiencies are further fueled by the need for third-party validation or the presence of intermediaries.

#4. The cost of complexity of doing business is high due to the possibility of fraud, cyberattacks and even simple human mistakes. All participants in the traditional network are exposed to risk if a central system, such as a bank, is compromised.

#5. Credit card organisations benefit from the walled gardens that they created, while merchants pay a high price of entry and have to deal with a considerable volume of paperwork and go through a time-consuming vetting process.

#6. 39% of the world’s population doesn’t have access to a bank account and have to use alternative payment methods to conduct transactions.

Besides that, transaction volumes worldwide are going through the roof. The growth of ecommerce, in-app purchases and mobile banking will surely add more complexities, vulnerabilities and costs to the current transaction systems. Transaction volumes are expected to explode with the take-off of the Internet of Things (IoT) – autonomous objects, such as smart kettles and refrigerators ordering supplies online on behalf of their owners.

To tackle the emerging challenges head-on, the world needs faster, transparent and more trustworthy payment networks that require no special equipment, doesn’t have chargebacks or monthly fees and provides a collective bookkeeping solution that ensures the highest level of safety and trust. Blockchain can do all of the above.

What Are Some Of The Consumer-Based Applications Of Blockchain?

Often, using blockchain technology is about solving a data problem. It not only has the potential to enable 2.5bn people around the world who are currently unbanked to access digital currencies, but it also streamlines financial services (as we said, faster, cheaper and more transparent) and knocks out the need for a third-party in a range of transactions that go way beyond finance.

Here are some interesting blockchain-based applications that will benefit the consumer.

The blockchain is likely to eradicate the risk of identity theft. Using the ledger to create digital IDs, where your identity is immutably recorded, could open the doors to dozens of different applications. For instance, it could be used to sign in to social media platforms without having to enter a password, or it could be embedded on a website or business cards to remove the online search step. Several blockchain-based startups are piloting blockchain ID projects that range from putting birth and death certificates on the blockchain to creating a blockchain-powered world citizenship passport.

Tech startup Everledger uses blockchain technology to develop a system of warranties that enables diamond mining companies to verify that their assets are not used by militias to fund conflicts. On their website, Everledger explain, “We collect an asset’s defining characteristics, history, and ownership to create a permanent record on the blockchain. This digital incarnation, or thumbprint, is used by various stakeholders across a supply chain pipeline to form provenance and verify authenticity.”

Car leasing companies could benefit greatly from the shared ledger. While they make it look easy, in reality, the management of all the different ledgers within the network is complicated and time-consuming. By embracing the blockchain technology, car leasing companies could significantly reduce their costs and increase efficiency as every network participant could access, monitor and analyse the state of the vehicle regardless of its position in the life cycle.

A smart contract is a set of rules or an agreement that govern a business transaction. With smart contracts, ownership can be proved and connected to the terms of a given contract. Smart contracts are stored on the blockchain and executed automatically as part of a transaction. Some of these contracts may have contractual closes that could be partially or fully self-enforcing, self-executing, or both.

Wondering how smart contracts could be applied in practical terms? For example, a smart contract could define the terms and conditions of a travel insurance, which would be executed automatically when your flight is delayed or cancelled, or your baggage is damaged. This simply means that you wouldn’t need to contact the insurance company to make a claim, the smart contract would do it for you.

The Benefits Of Combining P2P Lending With Blockchain Technology

Another significant benefit created by blockchain is loan tokenisation. Trading of debt forms is the backbone of the traditional lending industry but currently doesn’t exist in the world of P2P loans. Adopting blockchain would allow tokenisation of loan assets, enabling investors to easily trade their loans with other P2P network participants.

In reality, this would look something like that – a borrower creates a token and issues a smart contract, outlining the repayment of her loan. Her monthly repayments are made automatically, like the direct debit transactions we set up to pay our utilities or phone bills. The investors get their money, and the lady builds up her creditworthiness. Next time when she needs another loan, she doesn’t have to go through the same vetting process – she simply issues another smart contract and watches the investors purchase her tokens in such way funding her loan.

There’s still a lot of hype surrounding blockchain and its benefits. However, we believe that this breakthrough technology will help P2P industry to make an even greater impact on the financial services worldwide and change the way we think about transacting online.

One Response to "How Blockchain Technology Will Transform P2P Lending"