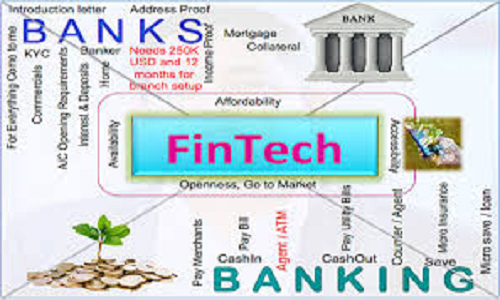 The financial technologies (FinTech) revolution, which has the potential to disrupt traditional financial services and banking systems in most jurisdictions, is likely to see the cutting of costs and an improvement in the quality of financial services.

Traditional payment methods are becoming less and less popular with consumers accustomed to living in an increasingly digital age, and ‘electronic money’, which includes internet banking and mobile payments, looks set to be the way of the future. A forerunner in the Fintech revolution is the emergence of peer-to-peer payments.

What are peer-to-peer payments?

Peer-to-peer (P2P) platforms facilitate the making of payments directly between peers, by allowing people to transfer funds from their own bank accounts, for example, into the bank accounts of others through online technology or mobile phones. P2P options are increasingly becoming available, including on social media networks like WeChat (through their ‘WeChat Wallet’ offering, in partnership with Standard Bank).

The rates and terms of P2P transactions are more favourable for consumers, both in price and convenience. It reduces the traditional need for consumers to make use of intermediaries or third party institutions in their day-to-day dealings and significantly obviates the need to physically travel to a bank to make payments, to deposit cash, or to access other key financial services.

A well-known example of a type of P2P platform is Blockchain, which allows peers to transact with one another and to record their transactions. Blockchain has its own virtual currency, in the form of Bitcoins, which can be used to conclude online purchases – buyers simply pay the Bitcoin amount at checkout and sellers receive that payment in their own currency.

The regulation of P2P payments in South Africa

The National Payment Systems Act, 1998 (NPS Act) regulates payment systems in South Africa, and establishes the Payments Association of South Africa (or PASA) as the body responsible for overseeing the participation of banks and non-bank role-players in the South African payment system.

Two categories of non-bank role-players dealt with under the NPS Act framework are system operators and third party payment providers.

Persons qualifying as system operators are required to be authorised by PASA which acts, in this instance, on behalf of the South African Reserve bank (SARB). Various entities which effectively facilitate the transfer of information between a payment portal and a payment provider or acquiring bank have been authorised as system operators in compliance with the NPS Act.

A third-party payment provider accepts money or payment instructions from other persons for the purpose of making payments on behalf of those other persons to third parties to whom those payments are due. A typical example of this would be where a retailer, as a value-added service to its customers, accepts money from customers for the payment on behalf of those customers of their utility bills.

A third-party payment provider may hold funds in its own bank account for a short period of time prior to paying those funds over to the third party concerned. This differs from system operators, which provide the technology behind payments but typically do not receive money or the proceeds of payment instructions.

While the NPS Act can accommodate innovations like P2P platforms, there is no bespoke provision made for these game-changers within the legislative framework.

In November 2009, the SARB released its latest e-money position paper in an effort to clarify the position of the central bank in respect of the innovations taking place in this arena.

The Position Paper defines e-money as monetary value represented by a claim on the issuer. The monetary value is stored electronically and issued on the receipt of funds. This would then be generally accepted as a means of payment by persons, other than the issuer, and redeemable for physical cash or a deposit into a bank account on demand. Mobile P2P payments or ‘mobile money’ products are classic examples of e-money.

The Position Paper makes clear the SARB’s intention not to stifle new innovations in e-money products. This is evident from the SARB adopting the position that the regulation of e-money products and schemes will follow as and when innovation takes place. While this ‘open-minded’ perspective is commendable in some sense, it is indicative of a reactive, rather than a proactive, approach on the part of the country’s central bank, which unfortunately reduces legal certainty in the market.

What is clear from the Position Paper is that a product that meets the definition of ‘e-money’ must be bank-issued, with a non-bank party being able to provide ‘payment-related services’ in respect of that e-money, subject to appropriate authorisation where applicable.

However, given the growing significance of e-money in the South African landscape, and the entry of more and more participants and products into this very dynamic space, one can’t help but think that what we need is a bespoke regulatory framework dealing specifically with the unique considerations arising out of the mobile money revolution.

Lessons from the United Kingdom

The Financial Conduct Authority, which is in essence the UK equivalent of South Africa’s Financial Services Board, regulates issuers of electronic money in the UK, through the implementation of the Electronic Money Regulations, 2011. In terms of the EM Regulations, e-money issuers must be licensed as Electronic Money Institutions (EMIs) by the FCA. Banks, among other entities, are exempt from having to register as EMIs, meaning that EMI registration is aimed at non-banks.

This is in stark contrast to the present position in South Africa, where the Position Paper restricts the issuance of e-money to registered South African banks and authorized local branches of foreign banks. The EM Regulations accordingly allow non-banks to issue e-money (a concept which is defined similarly, though not identically, to the concept of e-money under the Position Paper), subject to initial licensing and ongoing compliance with bespoke market conduct rules. Once authorised, EMIs can provide e-money payment services without having to be separately registered with the UK’s Payment Systems Regulator.

The Payment Systems Regulator (PSR) became fully operational in the UK in April 2015, having been created pursuant to the provisions of the Financial Services (Banking Reform) Act of 2013. Incorporated as subsidiary of the FCA, the PSR is tasked with overseeing systemically-key domestic payment systems that are brought into its scope through designation by HM Treasury.

Payment systems regulation in the UK then appears to require co-operation between four regulators, being the Bank of England, the FCA, the PSR and the Prudential Regulation Authority, with each having different, but equally important, mandates in respect of the payments’ space.

The innovation presently being witnessed in the payments arena as part of the FinTech revolution could not have been foreseen when South Africa’s NPS Act was drafted pre-1998. In recognition of the Act’s inability to deal directly with new and disruptive concepts like e-money and virtual currencies such as Bitcoin, the SARB has attempted to ‘plug the holes’ in the base regulatory framework with a series of position papers. The realisation that the most recent version of the SARB’s Position Paper on Electronic Money is itself no fewer than seven years old, in spite of a barrage of development and release into the market of new and innovative e-money-type products over the same period, can only indicate that the South African regulatory framework is lagging behind.

The very least that is needed at this stage is an update of the 2009 Position Paper, although this, in our view, would not be first prize. Mobile financial services are here to stay. Rather than condemning the innovators and entrepreneurs amongst us to a reality of trying to make their innovations compliant with a set of relatively vague principles set out in a position paper, South African regulators should be looking to make the regulatory framework crystal clear to any would-be participants. This would not only better protect consumers of mobile services but would also strengthen the mobile money industry at large. Policymakers should either be looking at issuing bespoke licenses with respect to e-money P2P products (taking a leaf out of the UK’s book) or amending the provisions of the NPS Act to bring it up to speed with the rapid pace at which the online revolution is moving.